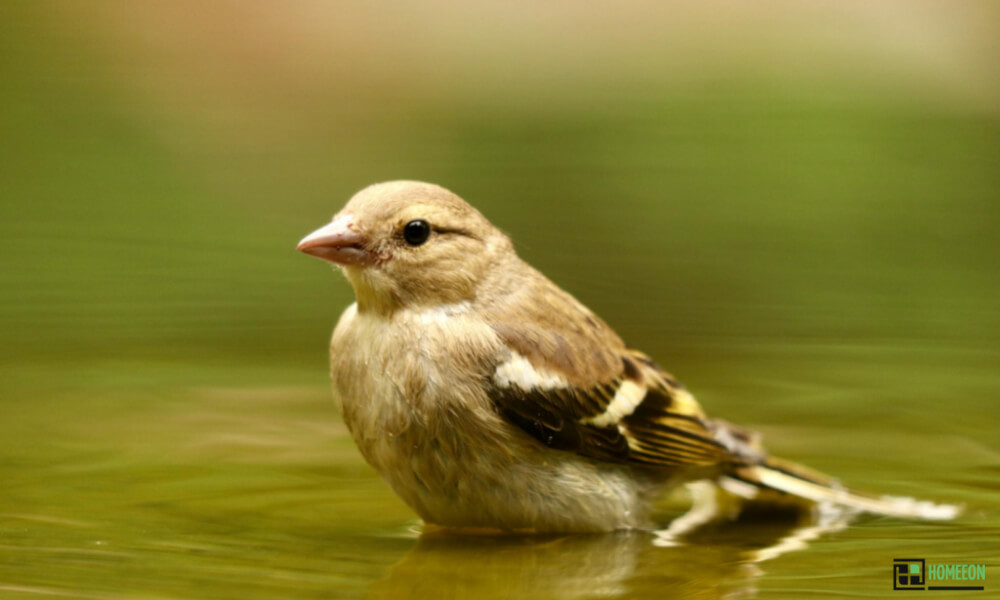 Most insect-eating birds eat spiders, including sparrows, wrens, crows, bluebirds, blackbirds, and blue tits. Before the blue tit’s chicks leave their nest, the bird feeds them with many spiders. But, most birds feed only on tiny spiders and those that are not venomous.

Since not all birds will eat spiders, it is necessary to know the right ones to attract to your place, depending on the location. If you want to get rid of spiders from your compound or neighborhood, it is also necessary to know what spiders you are dealing with since some feed on the birds.

This article highlights the birds and other things that eat spiders, some of the dangerous spider types, and how to prevent their invasion of your home.

Types Of Birds That Eat Spiders

Some birds feed on spiders, including;

Bluebirds have brilliant eyesight, which helps them to pounce on grass spiders. Since the birds strike from above, the spiders get little or no time to evade their attack. These tiny and beautiful birds have a distinct sky-blue color and are found in North, Central, and South America.

Bluebirds feed primarily on smaller spiders found on the ground, especially the baby spiders left on their own.

Spiders are a primary source of food for blackbirds. Blackbirds collect their nutrition from the ground, including tiny crawling organisms such as spiders. These birds are usually found in woody areas and gardens all over the world. Due to their small stature and strong eyesight, blackbirds like preying on smaller and baby spiders.

The birds also carry the spiders to their nests, where they feed their offspring.

Wrens are among the smallest bird species in the world. The birds are good at feeding on spiders and insects around the home since they build their nests here. These birds invade the spiders’ nests and eat their eggs and baby spiders, thus helping to keep them at bay. But, these birds are not good at eating more enormous spiders.

Crows are omnivores that like eating anything they come across, including spiders and other insects. These birds are scavengers and not active hunters, and they mainly prey on insects and spiders at night.

Blue tits feed on spiders when an opportunity strikes. They are the European cousins of the chickadee and are attracted to tinier spiders. The birds like feeding spiders to their chicks by taking them to the nests.

These birds are widespread throughout the world, and they like breeding in artificial structures. They are usually found in barns, which is where they got their name. Barn swallows like taking shelter in enclosed spaces from where they prey on smaller animals, spiders, and insects. The birds also go outside to look for food to eat.

What Other Animals Eat Birds?

If you are one of those people who have arachnophobia (the irrational fear of spiders), knowing what eats spiders is necessary. You can choose what to attract in your local ecosystem to help keep these creatures at bay. The following are some of them;

Most reptiles such as snakes, chameleons, geckos, and anoles will feed on spiders. Some wait for them near their nesting places while others hunt the spiders.

Some amphibians and fish also feed on some spiders, which helps keep their population in check. If your compound allows, you can consider putting up a fish pond to help with this problem. But, it is necessary to know the correct species of these amphibians and fish.

Some insects like wasps also eat spiders. Other creatures that feed on spiders include scorpions and centipedes.

Some mammals such as shrews, monkeys, and bats may also feed on spiders. But, monkeys don’t feed on spiders as their primary food. Some species of wasps, such as mud daubers and spider wasps, sting the spider first to paralyze them. These wasps will lay an egg in the creature’s abdomen then wait for a larva to emerge before eating the spider from the inside out.

A large number of household pets can also help to keep spiders under control. Examples include lizards, hedgehogs, cats, and birds. It is necessary to allow your pets to run loose in your home to catch the spiders.

Other Species Of Spider

Most female species of spiders feed on their male counterparts after mating with them. But, for the females to eat the males, they must be bigger than them. A good example is the black widow spider that eats her mate after mating twice. More enormous male spiders often survive after mating.

Some human beings feed on insects (a practice known as entomophagy). In such cases, spiders are used as a sustainable source of food. Some people also add live spiders to medicinal rice before drinking.

Different Types Of Spiders And How To Identify Them

Some spiders are beneficial since they can feed on other insects, while others are dangerous. Spiders eat aphids, flies, and beetles that are a nuisance in the house and the garden. It is, therefore, vital for you to know how to identify them. The following table shows some of the dangerous types and their distinctive characteristics.

Which Are Some Of The Natural Ways Of Getting Rid Of Spiders?

Spiders can be a nuisance in your home, especially if you don’t like them. The following are some of the effective ways of eliminating these eight-legged creatures from your home;

Keeping Your Garbage Bins Closed And Far From Your Home

Spiders get attracted to flies, usually around the bins, since they feed on them. Make sure that you place the containers as far away as possible from your house. The bins must also be closed all the time. Doing this helps to keep the spiders away from doors and windows.

Since light attracts insects, spiders will also get attracted to feed on them. Keeping your lights off at night will deter both the insects and their predators – the spiders.

Cats are good at hunting insects, and spiders are no exception. Using a cat is one of the most efficient and safest ways to eliminate spiders without using chemicals.

Using conkers or horse chestnuts is another excellent natural way of eliminating spiders from your home. These substances are believed to contain some chemicals that spiders dislike. You can place the horse chestnuts in places with high spider traffic, especially at the corners.

If possible, you can make some holes in the conkers to release more chemicals. While this method is not a guarantee, it is worth trying.

Spiders don’t like the strong scent of cinnamon, and you can use this product to deter them. You can burn a cinnamon candle in your home every night to keep spiders at bay.

Lemon peels are also an excellent remedy when getting rid of spiders from your home. Rubbing lemon peels on surfaces, bookshelves, windowsills, and any other place that spiders hide can help eliminate them. Lemon has citrus, which the eight-legged insects hate.

White vinegar is a natural spider repellent that works effectively to keep away spiders. Mix vinegar with water in equal portions in a spray bottle and apply the mixture all around your house, including the crevices and cracks on walls, windows, and doors. The acetic acid contained in vinegar is believed to burn and kill spiders when they come into contact with it.

Cleaning Up Your Home

Spiders love hiding in cluttered areas in your home. You can remove any dust, vacuum your home, and remove all clutter. Doing this will help to remove any webs and deny these creatures a hiding place. Ensure that you regularly clean your home to eliminate any new traps and prevent them from building others.

Sealing any cracks is necessary since spiders get into your house through cracks. It is essential to seal up any entry points. You can use sealant to cover all crevices and tiny holes around the windows, doors, and walls.

Many bird species around the world eat spiders as their primary source of food. While most birds go after tiny spiders, others eat even more giant spiders. It is necessary to know the bird species to attract to your homes to eliminate the spider menace.