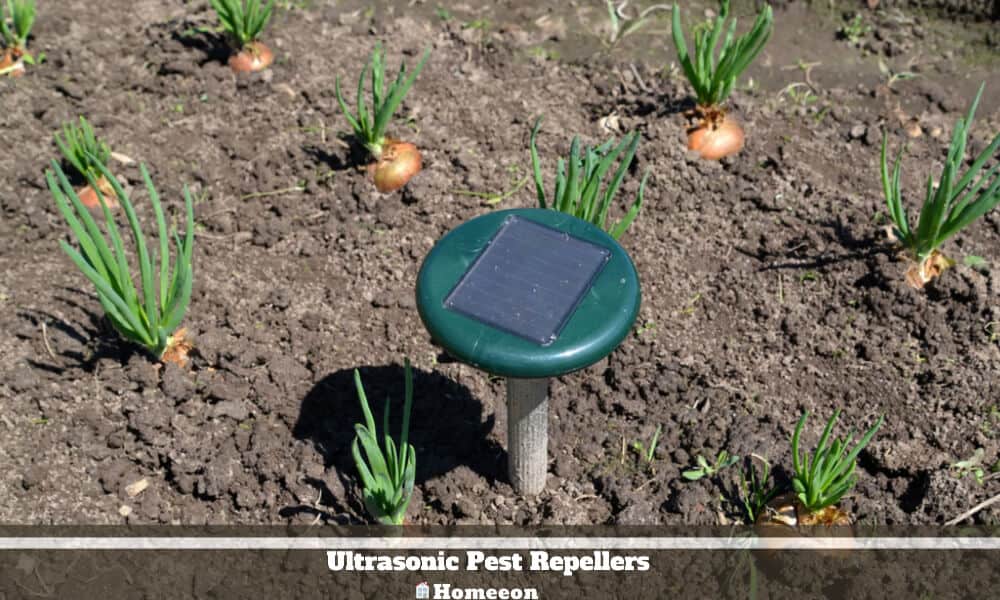 Ultrasonic pest repellers’ effect on humans depends on one’s ability to hear. Some people can hear sound above the normal frequency range but the ability drops with age. The ultrasonic repellants produce vibrations in one’s inner ear and brain. These vibrations result in migraines, fatigue, disorientation, and sometimes nausea. In some people, the effect only happens when there is prolonged exposure to the ultrasonic pest repellent.

What Are Ultrasonic Pest Repellers?

Ultrasonic pest repellers are devices that emit sounds of short wavelength but high frequency and pitch to be heard by human ears. Few considerable individuals can hear such frequencies. However, animals such as dogs, bats, and rodents hear such ultrasonic sounds very well. For this reason, some people use the ultrasonic sound as a pest control method. There have been questions on the effectiveness of the ultrasonic repeller, and just like any other pest control method, it has its side effects.

What Are The Side Effects Of Ultrasonic Pest Repellers?

The most common side effect of the repellers is that, other than just the pests and rodents, pets within the home can also hear the high pitched frequency. Some animals can hear ultrasonic sounds, such as dogs and rabbits, making them very uncomfortable. This method of pest control is therefore unsuitable in households with pets.

Some users have also reported that the ultrasonic repellant interferes with telephone conversation clarity due to poor signals, burglar alarm systems, and in other cases, they cause hearing aids to mute. However, these are just claims, and further studies are yet to be undertaken to provide adequate information.

Why Do Ultrasonic Repellers Fail To Work?

Ultrasonic repellers may appear nifty, but they also fail at times. They fall short for the following reasons. First, rodents tend to hear the sound only for the first few days, making them startled. After some time, they get used to the ultrasonic sound, and they don’t get startled anymore. If the environment of one’s house is conducive enough for them, they continue living there without being distracted by the noise from the ultrasonic repeller.

Secondly, the ultrasonic repellers have short-range frequencies. High frequency of any wave, whether light or sound, is easily disrupted, leading to a short distance of effectiveness. The same case applies to the ultrasonic pest repeller, which has high frequencies blocked by foreign objects such as furniture. For this reason, they can only be effective over very short and straight distances, which may not be of much help in a household.

Most ultrasonic repellers work by plugging them into electrical sockets, limiting the locations where one can put them. Unless one is willing to run extension cords all over the house, the method may be ineffective. It could also pose risks associated with electrocution, especially in a household that has small kids. Rodents can avoid locations where the ultrasonic repellers are placed and proceed using another route through one’s house.

Does Ultrasonic Repeller Function The Same Way As The Electromagnetic Pest-Free Plug?

The electromagnetic pest-free plug is a pest control method used the same way as the ultrasonic repeller by connecting it to a plug. They, however, function differently. They have some differences in their operations, such as:

1. Ultrasonic only affects pests and insects in direct line of sight, whereas the electromagnetic plug alters the existing electromagnetic fields of an entire room. With this ability, they penetrate deep into the heart of the location where pests may be hiding, making it more effective.

2. Ultrasonic repeller affects all animals that can hear the high-pitched frequency they produce. They create an unhealthy environment for pets within a household, especially dogs and sometimes humans. On the other hand, an electromagnetic plug does not affect other animals such as cats and dogs or even the electric flow in a home. It is safe for family use, for the environment and also cost-effective with zero maintenance fee.

3. Electromagnetic pest-free plug device penetrates its electromagnetic waves through walls and other barriers. One only requires a single device from an entire household. On the other hand, several ultrasonic plugs are required since their high-frequency sound waves are easily blocked by barriers and only affect direct lines. For this reason, electromagnetic plugs tend to be more cost-effective than ultrasonic repellers.

4. Ultrasonic repeller works by producing high-pitched frequency sounds to scare away pests. On the other hand, the electromagnetic plug uses electromagnetics at predetermined level pulses to affect the metabolism of pests and rodents. Scientific studies and analyses have been carried and proven on its effectiveness.

Can Dogs Hear The Ultrasonic Repellant?

While humans cannot hear the ultrasonic repeller, it does not mean that dogs and other animals cannot. Some animals hear the sound from the repeller as they can hear high-frequency sounds.  Dogs may be bothered at first, but they sometimes just let the sounds get over their heads. Different dogs react differently to the sounds.

There are some signs that indicate the dog can hear the high-pitched sound from the pest repeller including; barking, whining, turning head, tail tucking, sniffing around and back hair on edge. Other signs may include flat ears, reluctance to go outdoors, staying close to people and backing away for no reason.

How Does The Ultrasonic Repeller Work?

The Chinese were the first to adopt the idea of using sound as a pest control method and they used items that were manually operated. The sound emitted from these items expelled bugs and pests from crops in their fields. From this point, the idea of using ultrasonic repellers indoors was generated. As the name suggests, it means using a high-frequency sound of more than 20,000Hz. Such a high frequency goes undetected by human ears.

High-frequency sound is thought to have certain effects on pests, such as convulsions, confusion and sometimes even death. These cases are referred to as audiogenic seizure response. The ultrasonic repeller works by making pests leave the area with a high-frequency sound that causes them distress to a quieter and friendlier place.

What Kind Of Animals Do Ultrasonic Repellers Work On?

However, the ultrasonic sound can affect other domesticated animals such as rabbits and dogs causing them distress. For this reason, some of these devices come with labels and warnings for such cases. Buyers should be careful and cautious to avoid creating an uncomfortable environment for their pets in the name of pest control.

When on normal use, an ultrasonic pest repeller can last up to three to four years on average. One can easily tell that an ultrasonic device is working by checking whether the LED light is on. Considering other methods such as spraying of chemicals, it is cost-saving. One has to reapply repeatedly, whereas, for the ultrasonic repeller, all one has to do is turn on and off the electric sockets. They also do not require regular replacement since they have a long shelf life. It also saves one on labor costs as installation of the ultrasonic pest repeller only involves pugging in a socket.

Many studies have been carried out due to various people questioning the efficacy of ultrasonic repellers as a pest control method. Most of these studies found out that the device effectively repelled some insects such as crickets and cockroaches. Spiders and ants in most results from the studies were not affected.

These studies also stated that most of the pests affected by the ultrasonic device later became habituated. The sound did not affect them anymore upon realizing that the noise is harmless. Their conclusion on whether the device works was that it works for the first few days. After that, the pests continue roaming the household undisturbed by the ultrasonic repeller’s high-frequency sounds.

Ultrasonic repellers use high-frequency sounds that the human ears cannot perceive. However, some individuals can hear it. The repeller does not affect humans when used for a short time. Most people who go for this method are environmentalists whose aim is to protect nature.

One may experience migraines and nausea associated with the ultrasonic repeller’s high pitch sounds if used for long. It also affects other domesticated animals such as dogs and rabbits, creating a non-conducive and uncomfortable environment. Some of the noise produced by the ultrasonic repellers causes distress to these animals instead of controlling pests.