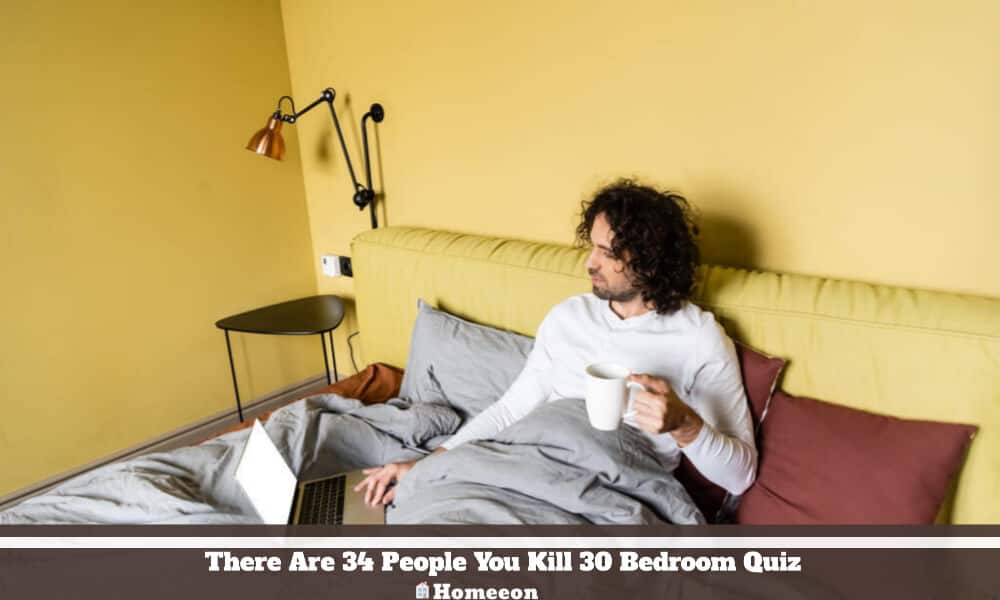 During the coronavirus, this was among the most popular riddle all over the internet. Various answers were available depending on people’s ability to comprehend and solve a riddle. The correct answer to the riddle is 35 though many people gave 34, 4, or 5 as the answer. Riddles are meant to challenge your wits, and this one was quite up for the task.

How Is The Answer To This Riddle 35?

Numbers can be fun to play around with. For this riddle, we are told that there are 34 people in a bedroom. You then enter, making the total number of people in the bedroom to be 35. You kill thirty, but they remain in the room. Since we are not told whether after killing them, they are taken out or transferred to another room. Additionally, even after killing them, they are still considered as people within the room.

Number of people initially in the room, 34

You kill thirty. The number remains 35 since no one has left the room.

What Were Some Of The Responses Given?

For those who concluded there being four people in the room, the following was their explanation;

The total number of people in the bedroom is 34. You kill 30. Hence;

An explanation from some of those who concluded the answer being 5 was as follows;

Initially, there were 34 people in the room. When you enter, the number of people increases by one. Hence;

And that concludes their answer, which is 5.

Those who concluded that the answer to the riddle is 4 forgot the most important characteristic of the riddle, which is to test your wits. They also tend to have a tricky nature which will require your mind to be sharp. In this case, the first tricky situation is to remember to add yourself when you enter the room. Killing thirty people will leave you with five people who are alive.

Another trick associated with this riddle is the killing part and your calculative skill. We are only told that you kill 30 people, but there is nowhere stated that they are transferred to another room after being killed. Provided they remain in the same room, they are still considered people and should be counted.

This puzzle was among the best and trended for people who like to solve tricky and interesting riddles during the covid-19 lockdown. It has been widely used to help people keep their minds off the pandemic stress as it is some source of entertainment and enjoyment.

What Was The Other Most Trending Riddle During The Covid-19 Lockdown?

To avoid stress and boredom during the pandemic, people got themselves involved in solving riddles to distract them from their daily activities. Other than entering a bedroom riddle, several trending riddles put people’s minds to work due to their challenging nature. Among them is the one on opening the lock using some given clues. The riddle was like;

Can you open a lock using these clues? (five hints are provided, and you are supposed to come up with a three-digit numerical answer to unlock)

682: one digit is right and is in its right place

614: one digit is correct but in the wrong place

206: two of the digits are right, but they are both in the wrong place

738: all the digits are wrongly placed

380: One digit is rightly placed but in the wrong place

To come up with the right three-digit numerical answer to unlock will require a lot of brainpower. It is quite challenging and requires you to think harder. That is what makes the riddle even more interesting. The solution to the riddle is 042.

You start by eliminating the wrong digits. First, the fourth clue states that all the digits are wrong. So, eliminate all the digits in the fourth clue meaning the answer will not have either 7, 3, or 8. Your fifth clue states that one digit is right but in the wrong place, and since 8 and 3 are already eliminated, it translates to 0 as one of your answers

You are told that two digits are right on the third clue, but they are both in the wrong place, 206. Since you already know that 0 is one of the answers and cannot be in either the second or third place, it has to be the first one in your answer.

You can use the second clue to solve the second and middle number, meaning it will either be 1 or 4, and it will have to be at the center. Using the second clue, the number in the middle is four, making it your third digit, which should be between your unlocking digits.

Therefore, your answer is 042.

Many people failed to answer this riddle correctly since following up on the clues and deciding which digits to eliminate was somehow confusing. It is easy for some people to give up since it has several confusing steps, and to get them right, it will take you some brainpower.

What Are The Benefits Of Riddles To Children?

Riddles are not only meant for adults but for children too. They also need something to foster their minds by allowing them to think over. Many experts have suggested riddles saying that they help with creativity and developing their thinking ability as they grow. Riddles serve the same function as stories, poems, and jokes by providing training and an opportunity to learn and develop mentally.

Some of the benefits of riddles to children include;

Riddles help children who do not like reading to indulge themselves in researching. When they engage in research, they are most likely to look for answers either in the books or the internet, where they are likely to acquire more knowledge in the process. It also exercises their brain in the process by taking their minds away from the phones and social media, which sometimes makes them unaware of what is happening in the real world.

We all know that laughter is the best medicine. Children tend to get bored very fast during lectures and continuous indoor learning sessions. You can use riddles to grab their attention by taking their minds to a break away from academics.

You can achieve this by introducing riddles sessions in between, which will allow them to laugh at humor from the riddles. Having fun in the middle of an academic session is a great exercise for the children and is also good for their physical and mental health.

Sometimes, it is important to provide children with opportunities to use their brains other than their academic tests. They should be able to think over about something and be able to generate results. It is also very important to make their critical thinking and problem-solving ability develop. When riddles are used for such purposes, it helps them prepare for what lies ahead of them in their normal and academic life.

A country may have a literacy rate of 99% of its population but fail comprehensively. Academic knowledge is not enough. The ability of people to interpret and comprehend enhances problem-solving. Riddles require children to interpret and comprehend different situations for them to come up with a solution. The earlier the kids learn about this, the better they will be at dealing with life’s situation in their future. They will be able to understand situations better and fully approach them.

Creating Bonds And Enhancing Their Vocabulary

Sharing riddles is more of an interactive session as it involves more than one person. Doing so with children allows them to bond with each other and stay connected. It also helps them break away from their comfort zones by mingling with other kids. Constant practice with riddles increases their vocabulary levels by constantly reading books seeking answers.

Riddles have not gained popularity recently as they have always been used since ancient times. They were used as entertainment and for children’s education before schools and academics started. Riddles are the best if you want to jiggle up your mind as it involves fun and learning simultaneously, which is not an easy combination to find. They also tend to take away your mind from depressing and stressful situations that may be harmful to your health.