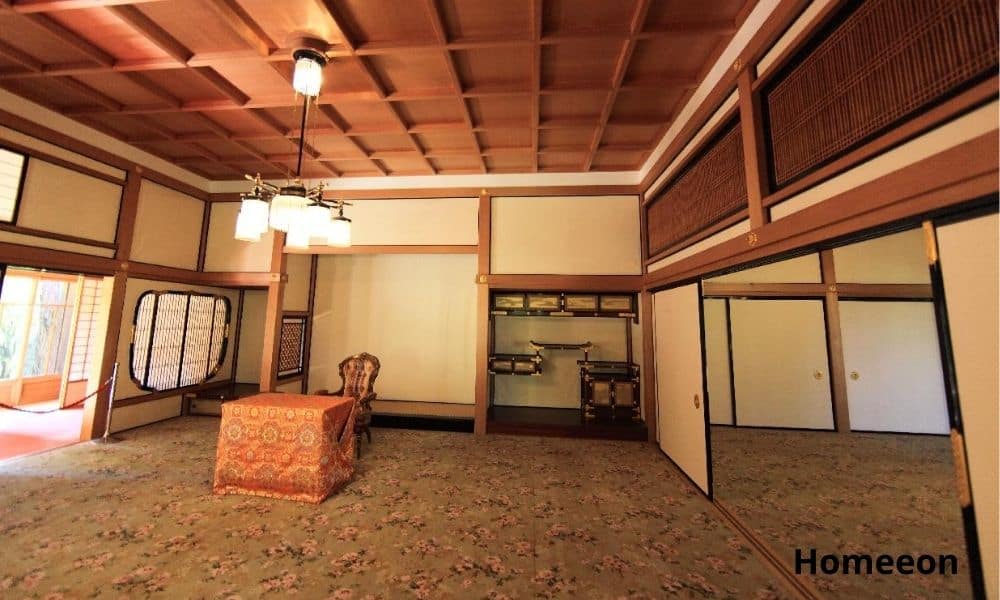 What Is A Ceiling Joist?

Ceiling joists are horizontal structures used in framing an open space. They offer a secondary floor framing system by providing stiffness to subfloor sheathing. Most of them are double or triple to provide adequate wall support. They can either be made of wood or steel, each having unique characteristics. Wooden joists have long faces in a vertical position with a cross-section of a plank such that the cross-section resembles the letter ‘I’.

For this reason, they are known as I-joists. Wooden joists can only take this shape. On the other hand, steel joists can take up different forms resembling C, I, L, and S Roman capital letters.

Joists must meet the building code standard as poor installation may cause a building to collapse. They must exhibit firmness and strength to support anticipated weight for a long time. Builders have approved formulas for how deep the ceiling joists will go to ensure it provides maximum support. The most common method is the rule of thumbs. When purchasing joists, one should consider labeled ones to allow the builders to select the right joist sizes for their construction.

What Are The Different Types Of Ceiling Joists?

They are among the most traditionally used ceiling joists made of contiguous boards from old trees. Using premature trees results in bowed and warped wooden beams. It was considered the cheapest option, but this was later replaced as it was associated with extra costs involving limited span distances and many framing members. One advantage is that ceiling joists sawn from very old trees could be very strong. However, using tree supply is being exhausted, making these joists difficult to find. They are also very expensive when viewed from an environmental perspective.

These are ceiling joists composed of top and bottom projection with a piece of plywood fixed in between them perpendicularly. I-beam ceiling joists provide a long-span distance option of up to 26-feet. They also tend to have a little flex which is very important for builders during joists installation. Additionally, they have a high load-carrying capacity than other joists. Despite carrying heavy loads, I-beam ceiling joists are associated with less twisting, bowing, and shrinking, making them suitable for use in an open and exposed layout plan. These joists come with knock-out or pre-scores to make it easy when notching or cutting a hole.

The main disadvantage of using I-beam ceiling joists is that they produce adhesiveness, which may be a health concern. This gas leads to poor indoor air in houses using a ceiling joist. Eliminating them would not help either since it is the best option for people who are into an open layout plan.

Open floor web trusses joists are constructed with a top and bottom in some form of a ‘web’ between and secured with metallic plates. The free space could be used for running cables, water pipes, and utilities. It can also be used as extra storage. This type of ceiling joists are pre-ordered and cannot be altered on-site as they involve too much work. It can only be done in very special and rare cases, such as failing to fit the required space.

Their main benefit is that they have been manufactured so that twisting, bowing, and shrinking are permanently eliminated. They also use less wood than I-beam joists which is a great score for the environment. Their only flaw is that they are prone to flexing a lot, making it difficult during installation.

What Factors Should One Consider When Placing Objects On A Ceiling Joist?

Before hanging or placing items on a ceiling joist, several things need to be considered. Sometimes ceiling joists may collapse. Not as a result of too much weight but from poor placements of an object. Some important factors to consider include;

The Number Of Joists Involved

When hanging items on a post, it is advisable to check on the number of beams involved. A single joist is likely to be significantly weak from structural flaws compared to a rail of joists which will be stronger. In this case, a single beam will hold less weight, whereas a number of the posts will carry so much more.

Some houses are structurally designed so that the ceiling joist can hold some extra weight. For example, using a joist rail gives room to apply excess weight. Also, depending on whether a long or short joist was used can determine the weight a beam can hold. A long beam will sag when additional weight is applied, unlike a sharp beam which is possibly stronger and more firm.

Some attics are left empty, making it easier for a person intending to use their joists on heavy items. An open attic space does not exert pressure on the post, making it hold as much weight as possible depending on its size and other factors. If there are roof trusses above, then the joists will not carry much weight.

Position Of The Weight

It is physical knowledge that a joist will hold more weight when hung from the edges to increase its gravity center. To apply maximum weight, one should consider placing the weights at the joist’s ends rather than close to the center. Wrong positions may cause sagging or even collapsing of the joist.

The joists may be of the right size and well designed. However, a tiny structural mistake may cause a post to collapse even with just a little extra weight. Structural errors are a major cause of joist failures, such as a single loose screw.

With the right structural design and all the above factors considered, it is impossible to come anywhere close to the maximum weight a joist can hold. Too much weight on the posts may cause the drywall seams to crack.

What Are The Purposes Of Ceiling Joists?

Provides Strength To A Building

Ceiling joists provide extra strength to construction by supporting some of its weight. Without ceiling joists, the building’s weight would spread to the wall and eventually collapse from too much weight. Ceiling joists are mostly made in a triangular design, meaning that all weight of the building’s roof is exerted downwards. Ceiling joists also act as ties to the rafters’ bases since they are fixed across the narrow way of a house.

Ceiling joists carry all the ceiling materials. Whether there is an additional floor or just the roof, all the plywood and masonite materials are nailed onto the ceiling joists. Constructors must be very careful to ensure the right distance between two posts is maintained depending on the materials used. The length is usually between 500-700mm to prevent overloading one joist, which may cause disfiguration of the roof. For example, when plywood is used, the distance between two centers of ceiling joists is 610mm.

Enhances The Beauty Of A House

Sometimes, the weight may cause the wall to shift instead of collapsing, removing the building’s aesthetic aspect. If done right, ceiling joists bring out a beautiful house element apart from being an integral part of the building process. Exposed beams with a great finish look great, adding a layer of complexity and boldness to the look of one’s home.

The amount of weight to be supported by ceiling joists is dependent on so many factors. Some of them include the type and material of joists used, the space between one joist and the other, and other different roofing components. Ceiling joists are necessary to a house as they support all the roof’s weight and pressure, otherwise exerted on the walls. They are also in a construction code of conduct as they would pose a great health risk if not used.