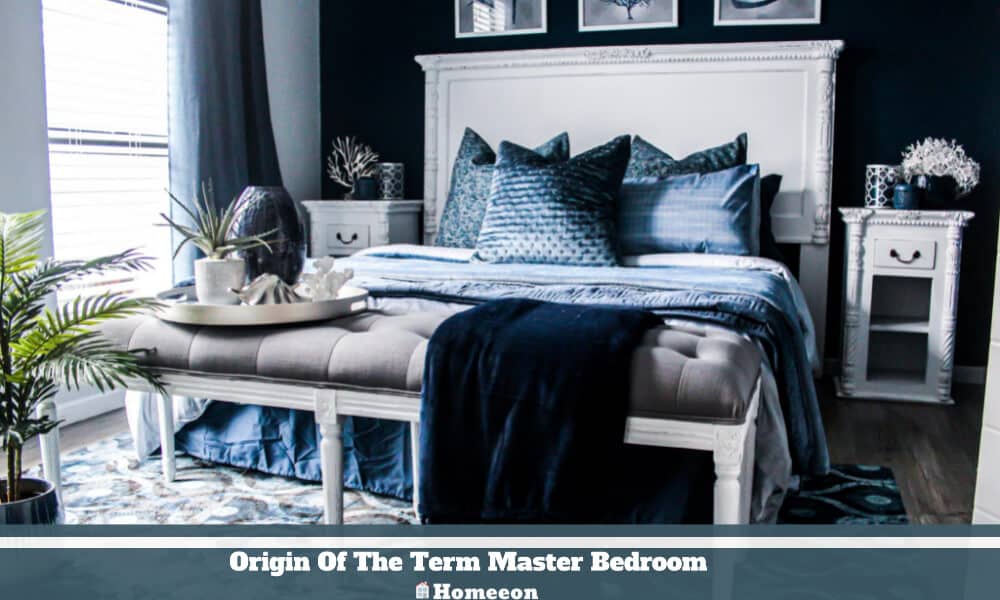 The term master bedroom was first used in the early 20th century to mean a room reserved for the master of a home, who in most incidences was always a man. Master comes from the Latin word magistier, which means chief. This term has long been known to describe an authoritative figure, disciplinarian, and in some cases, a slave master.

How Was The Term Master Bedroom Received?

Following the world’s history, it has been considered racist, sexist, and hierarchical, making it no longer fit in recent times lexicon. Some individuals claim that the term master bedroom is associated with uncomfortability and unacceptability, and other historical associations have called out to the term being inappropriate.

It is said that the word has an inherently male implication which means that a self-sufficient and independent female cannot have a bedroom. Such connotations leave questions like if a female owns a bedroom, should it be referred to as a mistress bedroom.

However, on a less politically charged note, the term master bedroom is used to inspire and create an image of a sumptuous and splendid room. Using a term such as the main room does not emphasize and fails to meet expectations.

To avoid controversies and unwanted wars, it is better to stick to using better terminologies such as bedroom one or the owner’s bedroom. In most cases, the homeowner will have the largest bedroom with the best features, such as a private bathroom and huge wardrobes.

How Has The Master Bedroom Evolved Over The Years?

We have all seen the types of master bedrooms we have in recent times. Most of them come with large walk-in closets and double-sink vanities. All these have not been the case as they have risen in popularity over the last fifty years. Below are some details of how master bedrooms have evolved ever since and the term’s source.

In the 1700s, the colonial era, most average American homes had only one contained multi-purpose room where families would cook, eat, drink and socialize. Luxuries such as the privacy provided by the master bedroom were impossible.

People worked more and had little time to rest, and there was no need for leisure places. Families that were lucky to have a multi-roomed house had determined functions for the extra room. For instance, children could sleep in one room while parents slept in the other main room.

In the 1800s, people started to have increased wealth and began building houses with several rooms that served specifically designated functions. Suddenly, there was a room just for eating, parlors for the company, a bedroom for the children, servant’s quarters, and parents had their bedroom. Such a roomed house meant wealth and social status. By then, most homes had several small rooms but no master bedroom yet.

During this century, most people started building bedrooms on the second floor of their homes to enhance privacy. In 1926, the first master bedroom was recorded at $4,389 by the Dutch, being the most expensive house in the catalog. The home featured a built-in sunporch kitchen cupboard and a master’s bedroom with a private bathroom. Since then, the master bedroom started existing, but it was not common in most American homes. Instead, they went for larger and more open spaces instead of the numerous small and closed bedrooms.

With time, critics called out for more privacy, especially for the hardworking parents, as they needed their own space to relax and rest their minds. Such an implementation marked a need for a ‘sanctuary’ within a home featured by centralized heating and air conditioning. As such features gained more popularity, the master bedroom began increasing in size and quickly transformed to the master bedrooms we think of and see today.

Today, most luxury homes have dual master bedrooms, slowly but surely becoming even more popular by the day. It is mostly for the sake of practicality and comfortability depending on individuals.  For instance, if you have a partner who snores loudly or kicks in their sleep, you still have a comfortable room to sleep and rest for the night, which is better than spending the night on a couch.

Having two master bedrooms is better as it allows you to accommodate guests or kids comfortably. For the sake of old age, having one on the first floor will serve a couple better when they are aged, and climbing up stairs is difficult.

Reports from recent researchers have indicated that most home builders and real estate agents are trying to phase out the term master bedroom in favor of the owner’s bedroom, which is well gendered. They say that most people still associate the phrase with plantation farming slavery, and it also appears to be inherently male.

Even though the phrase is still here with us, it could easily change within the next ten years or so. Regardless of what it will be called, a large bedroom with a huge walk-in closet and private bathroom is still a staple requirement in every American home.

What Are The Must-Have Features In The Present-Day Master Bedroom?

Some people no longer see the kitchen as the heart of every home. Instead, they say a master bedroom is. After all, we spend over eight hours in there every night, even more than we do in the kitchen. A master bedroom should be a space engineered and designed to provide maximum relaxation and encourage healthy sleep. Creating an excellent master bedroom is not a walk in the park as there are some essentials and luxuries that are a must look at before considering its appearance. The following are some of the essentials;

A Comfortable Mattress And Bedhead

Many people suffer from inadequate or poor sleep as a result of bad beds and poor bedheads. Some go to the extent of poor work performance at work due to lack of sleep. In this case, a well-made mattress and bedhead are the best weapon to fight against sleep deprivation and to build a perfect master bedroom around. A bedhead can come as an individual furniture piece, especially for individuals who are into reading before bed. It is upholstered and soft to lean against would be the perfect piece as it also adds in a colorful feature  the master bedroom design.

Lighting in any bedroom is an essential design element since no matter how good-looking it is, it won’t be seen in the dark. You should ensure that your master bedroom has plenty of light, even specialist task lighting, usually above the bed for reading. It should also be the case in your ensuite for better preparation in the morning.  Lighting is not only meant to chase the dark away.

Using designer lamps and chandeliers can add to the room’s design while still serving their purpose of adding light into the room. You can also consider using dimmer, which is a perfect idea to ease a good night’s soft lighting.

Best View In The House

A good view from the house can help restore your mental energy or relax the brain to recuperate from stress. Generally, enjoying beautiful and interesting scenery is good for your mental wellbeing. There is no other better place to enjoy this, like in the master bedroom. Waking up in the morning and sleeping at night to a good view is regenerating.

Large walk-in closets are incredibly important since, even though you have a limited selection of clothes, they can still serve as a storage space. Keeping away unused items on the floor of your master bedroom enhances neatness by avoiding clutter. Studies have shown that messy bedrooms can sometimes impede relaxation, making it difficult to get sleep.

It is heavenly to wake up feeling a faint warmth on your feet or during winter and not experience any slight chill. It is fairly cheap to run Radian Floor Heating as it mostly translates to about 18 cents an hour. Whatever the cost, underfloor heating provides enjoyment, relaxation, and comfort and all that you seek in a master bedroom. If you consider selling your home, such a feature greatly increases the value of your home.

A master bedroom is a term that has been used to refer to the largest and the most desirable bedroom in a home. It is associated with having the best views and location where the head or owner of the house sleeps.

This term was first used in the early 20th century and has received critiques of being inherently manly and sexist. It has also been associated with plantation slavery and has therefore been poorly received such that it might change to the owner’s bedroom within the next ten years.