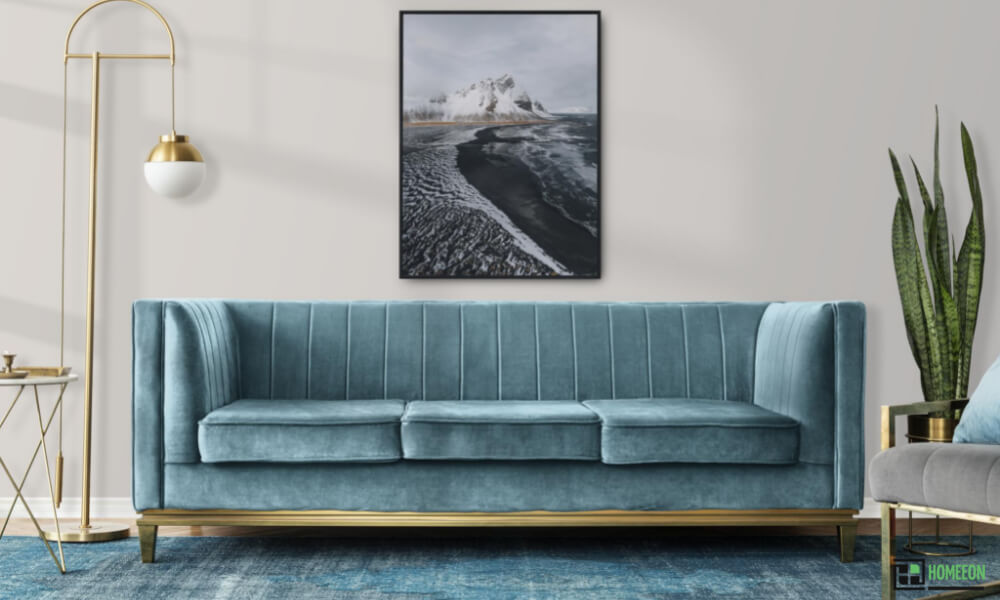 A sofa is not a couch or a Davenport. However, the three terms have been used interchangeably over the years, and they have somewhat lost their original meaning. If we are to be thorough, you cannot use a couch or a davenport to describe a sofa.

Early on, everyone had their term before the world mingled into one. Everyone used these words right as their own English vocabulary dictated. But, as the world became smaller and languages mixed, the vocabularies also mixed. People started copying and interchanging the terms they used in their native tongue with new words that they learned.

“Coucher” is a French word that means “lie down.” In the 14th century, it was incorporated into Middle English to become a word we now use as a couch. Davenport is used to describing a piece of upholstered furniture big enough to lie on. It was popularized in the late 1800 and early 20th century. The name davenport came from a company known as a davenport Furniture company, but it shut down long ago.

How Sofas, Coaches, And Davenport Came About?

Many grew up knowing that sofa, couch, and davenport mean the same thing. Even those who knew they meant something different did not know what differentiates them. Depending on the region you came from in the United States, you had a word you were accustomed to using. It might be correct, or you have been wrong all along.

The word couch became popular in the Victorian era when the seat referred to as couch was known as a “fainting couch.”

In the Victorian era, couches were armless and often used by women to catch a breath. In this period, corsets were in fashion. The couch was invented to comfortably fit a woman wearing long dresses without folding it up and making it look crumpled.

The term sofa originated from the Arabic word “Suffah.” The Arabs used it to describe a bench with arms and cushions fitted into it to increase comfort.

The sofa was made for just sitting whereas the couch can be multi-functional.

Davenports are similar to futons and can be converted into a bed. In recent times, couches, sofas, and davenports are not different. Almost everyone has a own definition of a Davenport. Some people will say that a sofa is a formal couch used for a special occasion, while others will say the size of the sofa or couch will determine if it is a sofa, couch, or davenport.

The main differentiating detail between a davenport and a couch or sofa is the style and function. In other areas, the term used to describe a desk is davenport, but it was commonly was used in previous decades. Specifically, a Davenport can either look like a futon or a sofa bed at times.

However, from all the available definitions, it is clear that the term davenport can be used to describe any sleeper sofa regardless of the manufacturing company.

Of all these three terms, davenport is the one that seems to have lost its meaning over the years as its origin was not as direct as the other terms.

A couch, a sofa, and a Devonport all have one thing in common; they are all used for sitting or lounging purposes. They may not feel or look the same, but they fill a room, and you can relax and distress on them.

There are various styles: modern, traditional, mid-century, minimalistic, bohemian, contemporary, and many more. It is possible to find either of the three in any available style.

The main differences between these three are their functionality, style, and practicality.

A couch, sofa, and davenport are all used for sitting, but their design changes how they function.

With a sofa, you can use it for sitting and lounging; there’s nothing much you can do with it. Depending on your height, you can have a peaceful nap on a sofa, but you will not be comfortable on it. You are guaranteed to wake up with a few aches. You basically can use a sofa for formal settings and occasions, and a certain level of sophistication is required.

Although a couch functions the same as a sofa, it is slightly different. Unlike a sofa, a couch can be comfortable if you sleep on it or sit there for prolonged periods. A couch can also recline depending on its make and style. As the original name “coucher” means lie down in French, you should be in a position to lie down on it comfortably.

Davenport was designed as a sofa bed and a couch. But, some Davenports even come with compartments as storage points for toys.

Sofas offer more luxury and relaxation than comfort. They come in multiple styles, but you will mostly find them with two arms and a backrest. Manufacturers may add a thing or two without altering the basics of the sofa.

Couches come in as many styles as the sofa, except that you will get more comfort from them. Armrests on a couch can be one, two, or even none. Some couches even come in as a chaise with one arm and a back or just aback. A couch is comfort-driven; it works hard to bring out an aspect of friendliness and warmth.

When it comes to style, a davenport is the one seat you can say has incorporated comfort and formality. It is a love child of the sofa and couch aimed at satisfying consumer’s needs

The three pieces of furniture are useful when they are set up in suitable rooms. A sofa will do great when set up in a formal setting where people are not looking for comfort. A couch will be great in your living room. If you want to sleep, relax, and be cuddled up with your loved ones, you can do so peacefully on a couch.

A davenport is the one seat that will do well in almost all settings, formal or informal. It will be the best choice at that moment as it is a very versatile piece of furniture.

When it comes to space and efficiency, the couch and the sofa are practically twins. They both need a lot of space, but they can comfortably hold more than one person at the same time. The difference is that a sofa can be used in a formal setting while a couch is best in an informal setting. Having a couch in a formal setting makes it look tacky and out of place.

Davenports manage spaces very well and can be used in tinny apartments as a seat and later in the night as a bed.

Which One Of The Three Should You Purchase?

When it comes to furniture and personal items, your preference and taste are the ultimate guides. What you like and prefer guides you on what to buy.

A sofa is the most versatile of the three. It can come with extra features suitable for commercial interiors and home interiors. However, as stated multiple times, it is not as comfortable as the other two choices.

For your home, you can never go wrong with a couch. It is a comfortable piece of furniture that allows you to sit, relax and forget about the outside world for a while. Since a couch can come with one, two, or zero arms, you might think it will be odd-looking, but that is false. Designers make sure that the couch does not look out of place and it fits your living space as it should.

For functionality and proper space usage, you have to go for davenports. The seat is decorative, functional, and practical; it has many attributes to make it more useful than a sofa or a couch.

The price difference between the three is not specific. The cost is based on many attributes such as material, extra functions, mechanisms installed in the seat, and style.

As a consumer, you have to decide which you want among the three. After that, go into detail about the features you want. Once you figure out all that, you can find a couch, sofa, or a Davenport that will fulfill all your needs.

A sofa cannot be called a couch or davenport even though their functions are the same. The functions and use of the three can get blurred at times, but they are different. However, the terms can be used interchangeably for everyday chit-chat. It all depends on where you are from and what you are used to.